After several recent drunk-driving stories, the Florida Highway Patrol has increased the number of DUI checkpoints throughout the state, including in Fort Myers. These stops are leading to more arrests, but that doesn’t mean every arrest becomes a conviction.

Most states report a DUI conviction rate of 90 percent. This means approximately one in 10 arrests does not lead to a conviction. Both police officers and judges occasionally make mistakes, which is why it’s important for anyone accused of drunk driving to consult a DUI defense attorney.

If you’re looking for a lawyer to build your DUI defense, call us. At the Law Offices of Michael M. Raheb, P.A. in Fort Myers, we specialize in protecting our clients’ rights during their trials. You can rely on us to work tirelessly to preserve your best interests.

1. Attorney-Client Privilege Can Affect Your Trial

Most people understand the idea of privilege. It protects the communication between you and your lawyer, so you can openly discuss your case in a confidential environment. This legal concept allows your lawyer to provide better guidance based on the facts of the case.

However, it’s important to realize the implications of the term. Namely, discussions with almost anyone else are not privileged. As such, do not discuss the case with anyone aside from a lawyer.

Even if you’re speaking with a friend, you will have no control over how and when the details of that conversation are made known. For instance, ABC News recounts the fact that reporters gained access to court documents detailing a conversation between Charles Lawson, who is accused of striking a pedestrian while driving under the influence, and a colleague.

The Florida Department of Highway Safety and Motor Vehicles reports that police have the ability to immediately revoke your license if a breath test shows you are driving with a blood-alcohol content over the legal limit. This measure is meant to keep the roads safe, as well as to keep habitual drunk drivers off the roads before their trials.

However, the law isn’t interested in punishing you unfairly. If you depend on your ability to drive in order to maintain a job, you can apply to have your license reinstated.

The hardship reinstatement process generally involves enrollment in a DUI school and a hearing. However, you may be prohibited from the program if you’ve been convicted of DUI in the past, or if you’ve refused a breath test more than once.

At the Law Offices of Michael M. Raheb, P.A., we are committed to providing an exceptional DUI defense for each of our clients, and we believe in protecting our clients’ rights at every turn. Whether you’re accused of your first DUI or a more serious offense, such as DUI manslaughter, in Fort Myers, we can help. Call us today at 866-949-0888.

DUI-Attorney News: What You Need to Know About Your Trial 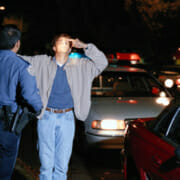