For first-time DUI offenders, the legal process can be jarring. Many defendants share a misconception that there is no way to fight the charges, choosing to believe that the justice system is working against them. This is completely untrue—especially for those defendants who find a DUI lawyer that is experienced and committed to protecting their rights. 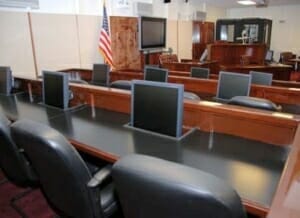 There are many ways to challenge a drunk-driving arrest, and whether or not that challenge is successful, there are a number of strategies to work toward a favorable resolution. The bottom line is that an arrest does not equal a conviction. It’s even possible to keep your license if you need it to get to and from work.

If you are looking for a reliable DUI lawyer in Fort Myers, let us help you. At The Law Offices of Michael M. Raheb, P.A., we are work tirelessly to provide our clients with the best defense we can offer. Mr. Raheb is a seasoned lawyer with a strong work ethic and a passion for protecting his clients’ interests. To learn more about our services, please call 866-949-0888.

However, the arresting officer testified that Aguirre didn’t display any signs of impairment, so it’s hard to say if he had actually been drinking. Prosecutors also charged him with endangering his child, who they believe was in the vehicle at the time, but a judge decided that there would be no way to prove endangerment because the officers didn’t see the girl at the scene.

In November 2013, Jaenette Romero was driving with four of her friends in the car when she swerved off of the roadway and crashed into a tree. The car was destroyed, and rescue crews needed to cut it open to rescue the survivors.

The wreck killed two of her friends and seriously injured the other two. Romero was also injured in the wreck and spent time in the hospital. Police determined that Romero was drunk at the time and changed her with driving under the influence.

She faced a maximum of 13 years behind bars, but a plea deal will lower her prison sentence. KTLA News reports that Romero agreed to plead no contest to a lower charge in exchange for a lesser sentence. She will likely face approximately two years in jail.

If you are looking for a defense attorney who will protect you rights and work hard to secure a plea deal that is in your favor, call us. We have expertise in a variety of areas related to DUI law including biking under the influence, road rage, vehicular homicide and driving on a suspended driver’s license. To arrange a free consultation, please call 866-949-0888.

7 Mistakes to Avoid in Your Child Custody Case
0 replies