The penalties for a DUI can be very severe. A first conviction can result in 50 hours of community service, a 180-day license revocation and possible imprisonment. If you are facing a DUI defense, you should know that the severity of your punishment and the impact that it has on your life is under your control.

As with any criminal charge, there are certain behaviors and decisions that can make the entire process more difficult. Continue reading to find a list of common pitfalls to avoid and to learn what you should do after a drinking and driving arrest.

If you’re looking for a Fort Myers DUI defense attorney, don’t hesitate to call us. At the Law Offices of Michael M. Raheb, P.A., we specialize in helping people just like you work toward a favorable resolution to their cases. To schedule a free initial consultation, call us at 866-949-0888.

Don’t Make Your Situation Worse During The Arrest

Penalties for drinking and driving are harsh, but there are many ways that you can worsen them if you aren’t careful. A recent story from WPRI News provides an example of what not to do. According to police, an officer tried to pull over 41-year-old Joseph Lovely, but the man would not pull to the side of the road.

Eventually, he seemed to stop. He waited until the officer exited the police cruiser and quickly reversed, nearly striking the officer. Two officers dragged him from his car and struggled to place him under arrest.

Although this is an extreme example, it raises a valid point: You are more likely to be convicted if you are facing multiple charges, rather than just one. For example, Lovely will likely face resisting arrest and assaulting an officer, and he won’t find much sympathy from the judge on his DUI charge.

There is a reason why attorneys tell their clients not to speak to officers during an arrest. You are much more likely to say something that can be used against you than you are to convince the officer to let you go.

If your arresting officer suspects that you are driving drunk, it’s his duty to take you to jail. His job is not to determine whether you are guilty or innocent, so any protestations are a waste of breath. The time to fight your charge is in the courtroom, with your attorney present.

Don’t Think You Can Handle The Charge On Your Own

There is a reason why attorneys go through three years of specialized training. Law is a complex field that changes constantly. Hiring an attorney is the best way to ensure that your interests are represented in the courtroom. Arguing that you’re innocent won’t help anything if you don’t have the legal research to back up your claim.

If you are facing DUI charges in Fort Myers, call us as soon as possible. We’ll sit down with you and discuss what you should do next. To schedule a meeting with an attorney from our office, call us today at 866-949-0888. 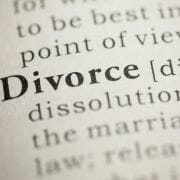 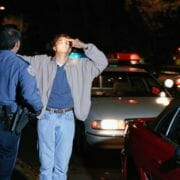