No matter what charges you face, there are many different ways your case can end. Sometimes, it’s worth it to fight the charges against you. Other times, it may benefit you to seek a plea deal.

A story in the Fort Myers Beach Observer illustrates that there are situations where a no-contest plea is the right way to end a trial. William Reynaud Siddons was driving at approximately 100 mph when he rear-ended a motorcyclist.

The biker rolled over Siddon’s Volvo before landing in the street. Paramedics found the biker in critical condition and took him to a nearby hospital. He died soon after the accident.

Police suspected that Siddons was drunk and drew his blood. They determined that his blood alcohol concentration was 0.116 percent.

Authorities charged him with DUI manslaughter but decided not to pursue other charges. Siddons faced a maximum penalty of 15 years behind bars for the accident.

Siddons Pleaded No Contest to the DUI Charge

During his trial, Siddons quickly took responsibility for his actions and apologized to the victim’s family members before pleading no contest. It’s also worth noting that Siddons made no attempt to flee the scene of the accident, a behavior which is becoming increasingly common in Florida.

His judge permanently revoked his driver’s license and sentenced him to six years in jail. Additionally, he will face a fee and community service. He is likely happy with the result, given that he could have received 15 years.

If you’re facing a drinking-and-driving charge, whether it involves an accident or not, you will need a DUI attorney to help you decide how to proceed.

At the Law Offices of Michael M. Raheb, we have the experience necessary to offer you advice about your options. We will thoroughly review your case and keep your best interests at heart when planning your defense.

The Palm Beach Post reports that John Goodman is fighting to prove that the blood-alcohol testing method in Florida isn’t reliable. He argues that the way police draw suspects’ blood holds the potential to skew the results.

Specifically, he says that technicians do not test for factors that could produce an exaggerated result, including clotting and cell ruptures. His DUI lawyer pointed out that the labs in hospitals test for those factors, and crime labs should, too.

This is Goodman’s second trial over the DUI charges; the first was thrown out because the judge discovered juror misconduct. The judge could decide to restrict the prosecution from telling the jury about the blood results based on the current argument.

If successful, Goodman’s case would have wide-reaching effects all over the state, possibly leading to more tests being dismissed.

If you’re looking for a DUI attorney in Fort Myers, don’t hesitate to contact us. At the Law Offices of Michael M. Raheb, we are committed to protecting your rights from the moment you hire us until your trial ends. To arrange a consultation, please call us today at 866-949-0888. 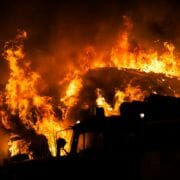 What Types of Alimony Are Available in Florida? Insights from a Naples Child Custody Attorney