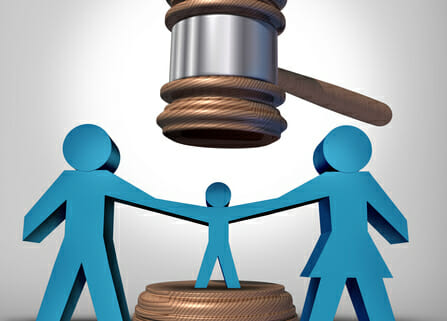 Many people assume that the mother is the default custodial parent after a divorce. However, courts award custody based on the best interests of the child, according to Florida Statutes. 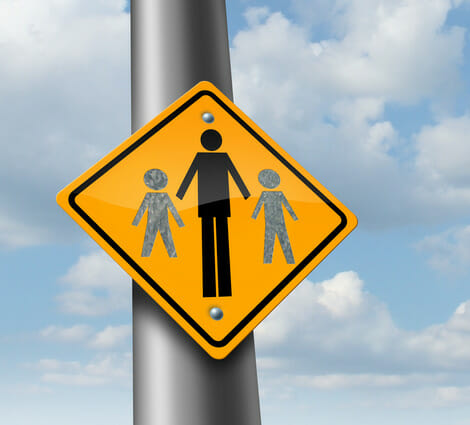 Child custody loss concept as a traffic sign with a father and two of his missing children as a family law symbol of social issues caused by divorce and separation.

A Naples child custody lawyer from the Law Offices of Michael M. Raheb, P.A. can answer your questions related to child custody, child support, spousal support and other divorce matters. Mr. Raheb can help you avoid making mistakes that could compromise your interests.

Call 866-949-0888 to schedule a free consultation. You can also visit http://divorce.usattorneys.com/florida/ to learn more about divorce laws in Florida.

Here are seven factors that the court will not consider when awarding custody:

Neither the child’s race nor the parents’ race can affect a custody order. According to the Florida Senate, awarding custody based on race would be unconstitutional.

In most cases, neither the child’s gender nor the parents’ gender will affect a custody order. The exception may be if the child is younger than 2, in which case the mother may be a more ideal custodial parent.

The parents’ ages will not affect a child custody order.

There has been an increase in Florida custody disputes involving homosexual, transgender and bisexual parents. Although “moral fitness” is a determining factor in child custody cases, according to section 61.13(3)(f) of the Florida Statutes, sexual orientation should not have an impact unless it has a negative effect on the child’s welfare. The court cannot award custody solely based on the sexual orientation of a parent.

Unless a parent’s religion will harm the best interests of the child, it will not affect the custody order.

Although financial stability can influence a child custody order, a parent’s specific occupation will not affect the outcome unless the job has a negative impact on the child’s welfare.

Courts do not consider the poorness or wealth of parents unless it directly affects the child’s best interests. If a parent is homeless, for example, then this would influence the custody order. However, the courts are more interested in stability and the time you can spend with your child – not your financial status.

By understanding the factors that courts consider when awarding custody, you can take steps that may improve the likelihood of a positive outcome to your case. If you are considering divorce in Florida, contact the Law Offices of Michael M. Raheb, PA.

Mr. Raheb is a Naples child custody attorney who can demystify the divorce process. He can answer your questions related to child custody, alimony, asset division and prenuptial agreements. Call 866-949-0888 to schedule a no-obligation consultation.

How Should I Prepare for a Custody Evaluation? 10 Tips from a Naples Child Custody Lawyer