The outcome of any given DUI trial depends on a broad range of factors: the judge’s disposition, the feelings of any victims, the willingness of the prosecutor to negotiate and the experience of the DUI lawyer—to name a few. However, two of the most important factors are the way the defendant acts after the arrest and how he or she behaves in the courtroom.

Judges, prosecutors and everyone else involved are more willing to work with a defendant who takes responsibility for his or her actions. The Tribune Democrat recently reported on a trial that serves as an apt example of that idea.

Police say Dale Allyn Malloy was speeding when he veered into oncoming traffic and collided with an SUV. The crash forced his truck into an embankment. His passenger, Kaylynn Reynolds, died in the crash.

Police measured Malloy’s blood alcohol level at exactly twice the legal limit and charged him with vehicular homicide and drunk driving. When the trial began, he was facing a long prison term, if convicted. However, he was able to strike a plea deal with the prosecution.

The family of the woman who died said they didn’t feel that sending Malloy to jail for a long prison sentence would be justice. Instead, they approved a plea deal that would allow Malloy to avoid prison time through a work-release program.

The prosecutor said that Malloy’s admission of drunk driving was justice and that he believed the punishment was balanced. Malloy received 24 months of probation and will attend alcohol counseling.

If you are facing a drunk-driving charge, a DUI lawyer in Fort Myers can help you prepare for the trial. At The Law Offices of Michael M. Raheb, P.A., we are experienced in many areas of DUI defense including road rage, vehicular homicide and hit-and-runs. We can offer advice on when to consider a plea deal and when it’s more practical to go to trial. To learn more, call us at 866-949-0888.

Drivers are protected against unreasonable traffic stops and drunk-driving tests. To ensure that police do not abuse their power, the law requires them to have a reasonable suspicion before administering the tests.

If they don’t establish that suspicion, anything that happens during the stop is counted to be inadmissible. Seattle PI reports that a police officer tested Spencer Ware’s blood without having enough evidence to make the traffic stop in the first place. As such, a judge threw out the blood test and dismissed the charges.

At The Law Offices of Michael M. Raheb, P.A., we work tirelessly to help our clients find a favorable resolution to their drunk-driving charges. If you are interested in scheduling a free preliminary consultation with a DUI lawyer in Fort Myers, please call us at 866-949-0888 today. 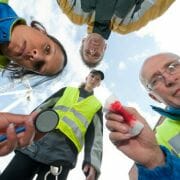 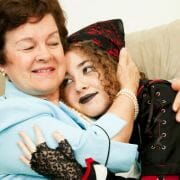 13 Secrets for Raising a Family as a Single Parent

DUI-Attorney News: What You Need to Know About Your Trial