After you’ve been arrested for driving under the influence (DUI), the negative consequences start immediately. You’ll be taken to jail to await trial. While you are waiting, your license will most likely be suspended. Depending on how busy the court schedule is, you could be waiting for a while. If convicted, substance abuse classes are mandatory, and you may be sentenced to jail time and probation.

However, when you hire a good DUI attorney, you may be surprised how smoothly things start to go for you. For instance, if you depend on your car to get to work, your attorney may be able to get you a hearing within the first 10 days after your arrest to ask for a license reinstatement. Your attorney can also help you work toward a positive outcome to your trial.

If you live in the Fort Myers area and you’ve been arrested for DUI, give us a call for a free consultation. At the Law Offices of Michael M. Raheb, P.A., we offer aggressive representation that is aimed at protecting your interests in the courtroom. To schedule a consultation with Mr. Raheb, Call Us At 866-949-0888 Today!

1. Sentences Suspended And Deferred For Mother Arrested For DUI

In June, Jessie Louise Burns was driving with her child in the back seat when she lost control of her vehicle and crashed. Police arrived and found Burns acting intoxicated and violent. They arrested her and tested her blood, finding out that her blood alcohol content (BAC) was three times the legal limit. She was charged with DUI and child endangerment, among other charges.

The Billings Gazette reports that her judge, G. Todd Baugh, deferred her sentence for criminal child endangerment and suspended her sentence for misdemeanor DUI as part of a plea deal. Her attorney helped strike the deal by pointing to the fact that Burns is now sober and working hard to stay that way.

David Cassidy, who played Keith Partridge on “The Partridge Family,” was arrested earlier this year after driving drunk from the airport. According to the arresting officer, Cassidy smelled of alcohol, slurred his speech and had watery eyes. After failing a field sobriety test, he was arrested. He is currently out on bail, which he may have posted with the help of somewhere like Riverside Bail Bonds so he could get out of jail sooner.

Times Union reports that the case has been adjourned to Jan. 31 to give the district attorney and Cassidy’s attorney time to work out a plea deal. It isn’t the first time he’s faced a DUI charge; two years ago, Cassidy pleaded no contest to DUI in Florida and was fined $500 and sentenced to community service.

If you’ve been arrested for DUI, don’t you want an attorney that will aggressively represent you in court? Mr. Raheb personally handles each case that his firm represents, and he makes sure that his clients can reach him day and night, so that they receive the best service available. To schedule a consultation with Mr. Raheb, Call Us At 866-949-0888 Today!

Are You Seeking a Majority Time-Sharing Arrangement? 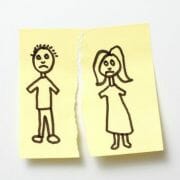