According to the Florida Department of Highway Safety, police arrested approximately 53,600 Floridians for drinking and driving in 2012. Although these defendants are usually lumped together in the news and for statistics, it’s important to point out that there are many different types of DUI charges, and each case is unique.

The specific charges you face depend on many factors, including your criminal history, your blood alcohol content, whether or not you caused an accident and what type of vehicle you were driving at the time. Furthermore, both your actions and the arresting officer’s will impact your defense, as well as the prosecutor’s strategy.

Facing this much complexity, it’s no wonder that a majority of defendants turn to DUI defense lawyers for help building a defense and working with the prosecutor on plea deals. It’s important to select an attorney who can offer you advice based on practical experience.

At the Law Offices of Michael M. Raheb, P.A., we have helped hundreds of Fort Myers residents with their DUI charges during the past 14 years. We also won the Avvo Clients Choice Award this year.

What is a commercial vehicle DUI?

The law holds people with commercial driver’s licenses to a higher standard than other motorists. If you operate a commercial motor vehicle while intoxicated, you will face stronger penalties, so if you carry a CDL, you should make sure to know the laws that apply to you.

The Florida Highway Safety and Motor Vehicles Department explains that police can arrest anyone operating a class A, B or C vehicle for drunk driving if that driver’s BAC is more than .04 percent. This is substantially less than the .08 percent threshold for class D drivers.

A CDL DUI conviction will result in a one-year license suspension in addition to the normal DUI punishments. After a second conviction, the driver will lose commercial driving privileges permanently.

Do judges convict most DUI defendants?

Your specific chances of conviction depend on a variety of variables, so it’s important to speak with a DUI defense lawyer to know what to expect. Police arrested 53,664 people for DUI in 2012; only 28,689 people received convictions that year.

Certainly, not all DUI arrests end in conviction, and hiring a defense attorney is smart if you hope to avoid a conviction or plead to a lesser charge.

When is a DUI a felony?

Any DUI after the second one in a 10-year period is automatically upgraded to a felony charge. Also, if you cause serious injury while drink driving, you’ll face a third degree felony charge. Both can result in a five-year jail sentence and up to $5,000 in fines.

If you’re facing a DUI in Fort Myers, call us! At the Law Offices of Michael M. Raheb, P.A., we protect our clients’ rights to ensure they receive a fair trial. 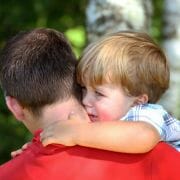 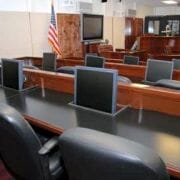 Eagle Plans DUI Defense, and Other News Second Florida Judge Arrested for DUI, and Other DUI-Attorney News
Scroll to top