Until they face one themselves, most people don’t know just how complicated DUI charges are. The type of charge and the punishment itself depend on a number of different factors. As such, people who have been charged with a DUI quickly realize why it’s so important to hire an experienced criminal defense attorney, and they often have many questions during their first consultation.

If you’re facing DUI charges, continue reading to find the answers to two difficult questions about drunk-driving laws. Then, contact us to schedule a consultation with an attorney from our office to discuss your DUI defense in Fort Myers.

1. Can A Person Who Bikes Under The Influence Face DUI Charges?

Drinking and biking laws are often misunderstood because they vary across state lines. In certain areas of the country, police treat drunk bicyclists differently than they do drivers; however, Florida law permits police to charge cyclists with DUIs.

A recent story in the Sun Sentinel provides a fine example of this. Last month, Michael Quick was biking while under the influence of alcohol when he sped through a red light and struck a car. Luckily, he was not injured, and he jumped back on his bike and attempted to continue biking, ignoring the driver and the damage to the vehicle.

The driver followed Quick until he spotted a police officer and flagged him over. The officer arrested Quick when he refused to give his name and failed a field sobriety test. According to the police report, Quick smelled of alcohol and slurred his speech. He admitted to officers that he was drunk and that he had struck the car.

Florida law treats bicyclists as any other driver, so prosecutors charged Quick with DUI and leaving the scene of an accident. If convicted, he could face up to 6 months in jail and a $1000 fine.

2. Can My DUI Charges Be Reduced?

This is one of the most frequently asked questions by people facing DUI charges. After hearing about a friend or acquaintance pleading to a lesser charge, everyone hopes to strike a deal with the prosecution. Although there is chance of reducing your charges, it doesn’t happen often, and the circumstances need to be just right.

You may have a better shot at a plea deal if it’s your first offense, and your blood alcohol content was borderline, but usually there must be other mitigating circumstances. For instance, if the prosecution’s evidence is weak, they will be more willing to offer a deal. Also, if there is any question about whether or not the arresting officer had probable cause to make the initial stop, you could bargain for a lower sentence.

In reality, there is no formula that determines whether or not you are eligible for a plea deal, and only an experienced criminal-defense attorney can give you an idea about the likelihood of pleading to a reduced charge.

Florida has some of the toughest drunk-driving laws in the country, so, if you’re facing a DUI in Fort Myers, call us and schedule a free consultation with an experienced DUI defense attorney. 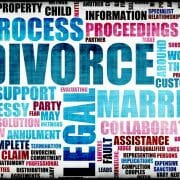