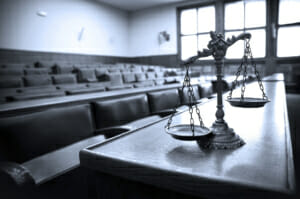 Why should I choose a Manasota Key FL criminal law attorney at the Law Offices of Michael Raheb in Florida?

When an individual is charged with a crime in Florida, it could land them in jail, cost substantial amounts of money, and/or damage their future, and basic freedoms, even if the criminal charges are dropped.  It is vital to hire an experienced Manasota Key Florida criminal defense lawyer that can offer skilled representation.  Before hiring a Manasota Key FL criminal attorney, clients should assess their case load, jury trial experience, years practicing in the state, and success rates, factors that may impact a positive outcome to a criminal charge. Criminal defense lawyers make calculated efforts to reduce jail time and fees, avoid and eliminate a criminal record, suspend sentencing, and seek end goals that reduce lasting negative impacts to an individual’s livelihood.

A criminal record can impact a person’s life by disqualifying them from financial aid, or higher education admission; public housing and other federal and state assistance programs; the ability to find gainful employment, and a place to live. Even when a person is exonerated of a crime, proof of an arrest may still show up on public social platforms, including mugshots, making it difficult to conceal a criminal past.

Laws for expungement and sealing of criminal records may keep a person’s criminal past from negatively affecting their life.  Florida Statute 943.059 rules are complicated requiring the assistance of an experienced criminal attorney at The Law Offices of Michael M. Raheb, P.A., who can research a case to make certain someone’s offense is not one of  the 38 offenses that automatically disqualify a person from having a record sealed according to Florida’s Department of Law Enforcement. A competent criminal attorney in Manasota Key Florida could be the difference between going to jail and having a lifelong criminal record, or making alternate arrangements to lessen a criminal charge so it can be expunged from a person’s record at a later date. 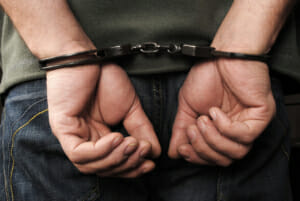 A criminal lawyer is a worthwhile lifetime investment for individuals who need experienced legal representation against charges for committing a wide variety of criminal activities, including white collar crimes; drug use and distribution; criminal theft; vehicular manslaughter, and DUI charges in Manasota Key Florida.

White collar crime in Manasota Key Florida includes a range of fraudulent activity committed by business and government professionals, characterized by deceit, concealment, or violation of trust and are not dependent on the application or threat of physical force or violence. The penalties can be severe because these crimes are not victimless.

Manasota Key Florida Drug Related Charges may include misdemeanor and felony charges including possession of marijuana, or other drugs; illegal possession of prescription drugs; trafficking, or transporting illegal narcotics; possession with intent to sell; and the manufacture of illegal substances. Drug trafficking is a serious charge, which is a first-degree felony charge and includes the possession, sale, purchase, manufacture, or delivery of controlled or illegal  substances.  As a means of addressing America’s opioid crisis,  Florida law imposes some of the tightest opioid prescription laws in the U.S. necessitating the services of an experienced criminal defense attorney.

Criminal theft charges under Florida Statutes 812 addresses theft when a person takes something without the owner’s consent and includes:

Criminal DUI/BUI charges in Manasota Key Florida include driving under the influence and boating under the influence, resulting in DUI/BUI manslaughter, homicide, intoxicated reckless driving and hit-and-run charges.  Other traffic encounters that may result in criminal charges include reckless/careless driving, road rate, vehicular homicide, manslaughter, and resisting arrest, or attempts to elude law enforcement.  Florida takes driving under the influence of alcohol very seriously, and it is evidenced by the amount of tickets issued for this offense.  In 2017 alone there were 43,899 DUI violation tickets issued across the state and more than half, 24,334 of those resulted in DUI convictions. 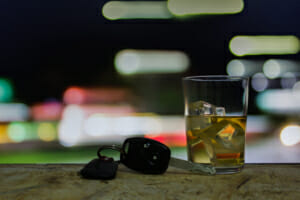 Hire an attorney who can offer personalized attention, and has a long history of success in criminal litigation.  Call The Law Offices of Michael M. Raheb to discuss the particulars of your case, because a criminal charge is a serious matter. Possible legal strategies for your case may offer a reduction in charges and fines, depending upon the circumstances of the arrest, past criminal history, and the impact of skillful legal counsel.