DUI driving infractions in Florida may require the skill set of a criminal law attorney. 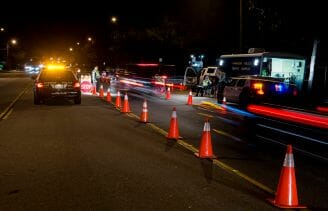 The services of Punta Gorda Florida DUI attorneys may be attached to the idea that a person would have to commit some egregious act in order to be charged with a crime, but that is not always the case.  A criminal attorney can assist with a variety of complex situations where criminal charges are garnered.  For example, driving under the influence (DUI) criminal charges occur when an individual takes to the roadway after a few cocktails, while in attendance at a business meeting, or family celebration.  The Law Offices of Michael M. Raheb can assist individuals who have been charged with criminal offenses in Punta Gorda Florida.

Negative impacts of a criminal record.

Criminal records can impact a person’s life by disqualifying them from financial aid, or higher education admission; public housing and other federal and state assistance programs; the ability to find gainful employment, and a place to live. Even when a person is exonerated of a crime, proof of an arrest may still show up on public social platforms, including mugshots, making it difficult to conceal a criminal past.  Laws for expungement and sealing of criminal records may keep a person’s criminal past from negatively affecting their life.  Florida Statute 943.059 rules are complicated, often requiring the assistance of Punta Gorda DUI lawyers.

Punta Gorda criminal law attorneys may be a worthwhile lifetime investment for individuals who need legal representation against charges for committing criminal activities, including white collar crimes; drug use and distribution; criminal theft; vehicular manslaughter and DUI in Florida.  Criminal DUI charges in Florida include driving under the influence resulting in DUI manslaughter, homicide, intoxicated reckless driving and hit-and-run charges.  Other traffic encounters that may result in criminal charges include reckless/careless driving, road rage, vehicular homicide, manslaughter, and resisting arrest, or attempts to elude law enforcement. 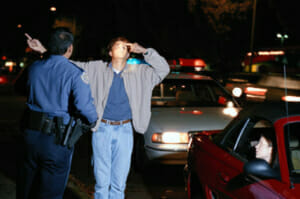 Drinking is a common social activity in the United States and people do not think twice about  having wine with dinner, or a few beers while attending sporting events, or meeting up with friends after work for a few cocktails.  Sadly, many people do not realize that they are impaired and get behind the wheel of their car after one of these social meetings.  When individuals are arrested for DUI, there is a possibility of license suspension, or revocation as well as jail time, and in the worst case scenario, negative impacts to employment and housing can occur.  It is best to speak with a skilled driving under the influence attorney in Punta Gorda Florida after an arrest for DUI who can take steps to minimize the penalties associated with your case.

After a drunk driving arrest, there will be court proceedings and administrative proceedings that will need to be navigated by someone who understands the mechanisms of each and how these legal activities can impact the future of an individual arrested for DUI in Punta Gorda Florida.

Experienced DUI attorneys at the Law Offices of Michael M. Raheb can assist individuals charged with DUI in both court and administrative proceedings to protect against negative future impacts to their livelihood because of the charges.

“His knowledge of procedures and what to expect made my case flow easily.”

“If u are in need of knowledgeable representation look no further!!.”

“Mr. Raheb and his staff were very professional in handling my traffic matter.”

“Michael has represented me on more than one occasion. He is always available.”

Why Hire Our Firm?